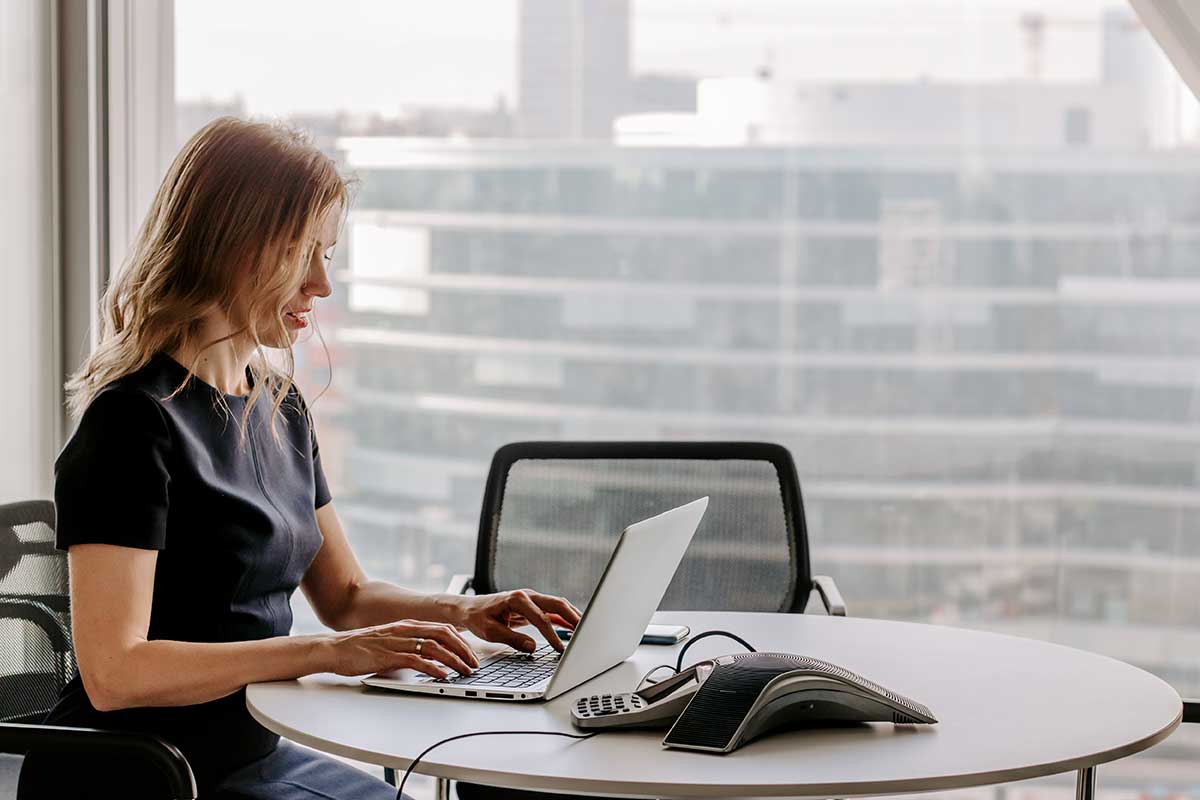 Initially published in 1876 by US army officer and engineer Henry Martyn Robert, Robert’s Rules were created to help organisations to manage their meetings fairly. Originally based on the proceedings of the US Congress, Robert’s Rules are now widely-used around the world in various types of organisations.

With their first publication almost 150 years ago, there have been a range of revisions, amendments and updates made to reflect changes in culture and technology. The 12th edition of Robert’s Rules was published in September 2020 — Robert’s Rules of Order Newly Revised  (RONR) — and still adhere to the fundamentals of the initial publication:

One important change since 1876 is the implementation of specific interpretations for internet, remote or e-meetings. While many informal (fewer than 12 people in attendance) meetings can be switched to virtual meetings with ease, there are some considerations around voting and debate in electronic meetings with more than 12 participants. We will cover these below while exploring Robert’s Rules for electronic meetings.

Table of content hide
1 New Robert’s Rules procedures for e-meetings
1.1 Electronic meetings and ratification (2020-1)
1.2 Instructions for a previously appointment committee to meet electronically (2020-2)
1.3 Handling vacancies and late elections (2020-3)
2 Steps to conduct an e-meeting
2.1 1. Create an agenda
2.2 2. Appoint the presiding officer and secretary roles
2.3 3. Choose your internet meeting system
2.4 4. Finalise the meeting in the right way
2.5 5. Finally, share the minutes
2.6 Robert’s Rules for electronic voting
2.7 Sample Robert’s Rules for e-meetings
3 FAQ
3.1 How would a member interrupt someone speaking to raise a Point of Order?
3.2 How will motions with a higher priority be recognised?
3.3 Must main motions be submitted in writing in advance or can they be made during the online meeting?
3.4 Do motions need seconds?
3.5 Are there total debate limits on proposals?
3.6 How are votes reported?
3.7 If challenged, how are votes verified?
4 Conclusion
5 References and further reading

The COVID-19 pandemic caused new procedures to be added to RONR to clarify the procedure for e-meetings to take place. But, before rushing to implement the newly revised Robert’s Rules, keep in mind that bylaws, special rules of order, standing rules or your parliamentary authority can restrict e-meetings as well as remote elections. To deal with such situations, #2020-1, #2020-2 and #2020-2 have been added to RONR.

If your bylaws don’t authorise e-meetings but specify that RONR are controlling, it’s important to clarify whether any decisions made can be ratified next time the assembly can organise a face-to-face meeting.

Instructions for a previously appointment committee to meet electronically (2020-2)

You may have appointed a committee at your previous regular meeting to investigate or research something and then to put together a report for presentation at your next regular meeting (monthly, quarterly, annually). As the board, you may be able to authorise the committee to meet electronically to keep this in motion.

Since the special committee is not established in the bylaws, its parent body, the executive board, can authorise the committee by majority vote to meet electronically while considering the matter referred to it.

Due to missed in-person regular meetings, you may face the issue of late elections or vacancies that aren’t filled.

If your bylaws dictate that someone is in a position for a certain length of time, but don’t specify that they should stay in situ until their successor is elected, Robert’s Rules provide a resolution to this problem.

RONR also states, “In the case of a society whose bylaws confer upon its executive board full power and authority over the society’s affairs between meetings of the society’s assembly … without reserving to the society itself the exclusive right to fill vacancies, the executive board is empowered to accept resignations and fill vacancies between meetings of the society’s assembly.” [RONR (11th ed.), p. 467, ll. 28-35.] Therefore it would be prudent for the board, which has the power to fill the vacancies created by the expiration of the previous term of office, to do so as soon as it can.

However, If the bylaws had provided that the board may elect or appoint officers to fill vacancies “for the remainder of the term” or “until the expiration of the term”, or words to that effect, any board-appointed officers would remain in office for the remainder of the term and no further election would be held by the assembly. However, without such language, the general power of the board to fill vacancies in office as described in RONR does not supersede the membership’s power to regularly elect new officers. The two relevant bylaw provisions—giving the membership the responsibility of holding annual elections, while giving the board enough power between meetings so that it may fill any vacancies that arise—must be implemented in harmony with each other.

So the assembly should hold elections at its next meeting, and it may do so at any time until the expiration of the term the election is to fill. As each election is completed, the person elected replaces anyone that had been appointed by the board to fill a vacancy.

The principle is that an assembly’s failure to hold or to complete an election at the scheduled time does not deprive the membership of its right to elect the officers of its choice.

Steps to conduct an e-meeting

For smaller committees, e-meetings or online meetings can be a straightforward way to keep everything in order in the absence of in-person meetings. Below are the steps to take to keep things simple for everyone.

As one of the core elements of Robert’s Rules, creating an agenda helps to establish ‘the order of business’ or the topics and the order in which they will be discussed. Be sure to share the agenda with your assembly ahead of your online meeting to make sure everyone is aware of the structure. You can also set a time limit for the meeting to keep it straightforward.

If these two roles are vacant or it’s your first time running a meeting with Robert’s Rules, you should appoint people to fill them. The role of the presiding officer is to impartially moderate the discussion and keep it fair. The secretary should take minutes from the meeting. These two positions should be filled, at a minimum, to keep the virtual meeting on track.

There are plenty of internet meeting services to choose from. We suggest using an all-encompassing meeting tool to make virtual meetings easier to handle. This saves the need for e-mails or Zoom passwords that can be exposed. One such tool is iBabs which offers a single shared online space to prepare agendas, communicate, invite participants as well as create and track follow-up actions.

4. Finalise the meeting in the right way

To make sure everyone is on the same page, close the meeting with a list of action points, responsibilities and deadlines.

Once the secretary has had the time to finish the minutes, these should be sent out to all those who attended as well as any other stakeholders such as absentees.

As covered in our Robert’s Rules of Order for voting piece, some methods of voting should be used in person, while others are more appropriate for e-meetings:

Electronic voting can be taken by email, however this isn’t live and requires all votes to be returned before counting can begin. If you do decide to take votes by email, the general process is this:

This isn’t suitable for anonymous voting, however, because the ballot counters will be aware of who has submitted each vote.

When it comes to live voting on e-meetings, there are no Robert’s Rules that outline best practices for this yet, although voting would still require a quorum and majority vote (or two-thirds vote where applicable) to be valid.

One way to solve this is to find a credible and confidential voting software for use or, better yet, a fully-featured board portal. Alternatively, you could postpone voting until your next in-person deliberative assembly but that can slow your progress.

Under RONR, there are four new sets of rules covering four scenarios of e-meetings:

RONR have created an appendix with electronic meeting sample rules for each of these scenarios. Ultimately, it’s the decision of the chair and the presiding officers what to do and it’s for them to judge if it adheres to the organisation’s bylaws.

We’ve put together some Frequently Asked Questions (FAQs) and reminders when it comes to Robert’s Rules of Order or RONR for electronic meetings. For more of these and a quick reference, check out our Robert’s Rules cheat sheet.

How would a member interrupt someone speaking to raise a Point of Order?

Depending on the form of the meeting, there will be individual processes in place to facilitate this. For example, telephone-only meetings may require a member to speak, while video meetings may have a “raise hand” feature to do this. This will depend on the individual bylaws and Robert’s Rules interpretations in place for the meeting.

How will motions with a higher priority be recognised?

This is up to the presiding officer to decide during the meeting. However, the technology needed to facilitate this needs to be available to keep meetings fair and impartial.

Must main motions be submitted in writing in advance or can they be made during the online meeting?

Due to the limitations of remote meetings, ideally, all motions are submitted in advance to stick to the agenda and the topics. However, there should be a process in place to submit motions during the meeting itself.

Yes, all motions will still need seconds with the exception of undebatable motions.

Are there total debate limits on proposals?

To keep virtual meetings running smoothly, we recommend setting a time limit on motions and debates such as 10 minutes per agenda item or motion. However, this is variable and you will need to leave enough time for all points of view to be heard by all members who wish to speak.

How are votes reported?

This depends on the method of voting. If conducted live using voting software on a video/audio call, the presiding officer can announce the vote as standard to the assembly. However, if the vote is taken virtually by email or mail, the secretary or ballot counting committee will usually circulate the vote and add the results to the minutes of the next deliberative assembly.

If challenged, how are votes verified?

Depending on the method of voting, votes can be recounted. If a viva voce has taken place, votes will usually be recounted and verified using a different method such as by a (virtual) show of hands.