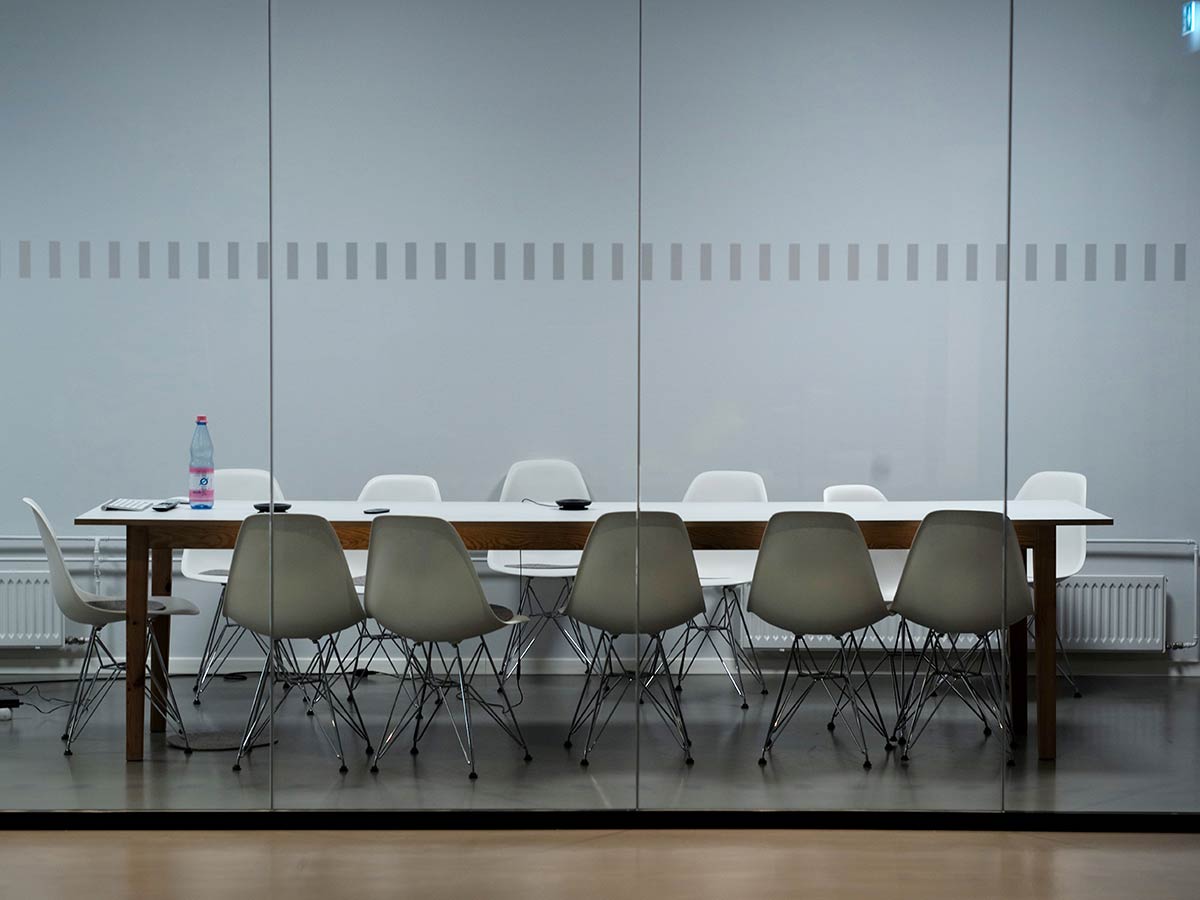 In order to hold productive meetings, particularly business-critical events such as annual meetings and board meetings, you need a solid and familiar structure. This keeps everyone focused on the common goals and aids the momentum that ensures you get through all the necessary business in the allotted time.

One of the ways to ensure this is to use Robert’s Rules of Order — a set of golden rules for running a successful and effective meeting. It is also known as ‘parliamentary procedure’ and, in fact, was originally based on the way the US Congress ran its legislative process. Henry Martyn Robert first published these meeting guidelines in 1876 and there have been multiple editions since.

To help you apply the procedure in your organisation, we have developed this guide for how to run a meeting using Robert’s Rules of Order. Keep in mind that what we cover below is the standard order of business according to Robert’s Rules.

Table of content verberg
1 Before the meeting: Ensure Quorum
1.1 What is Quorum?
1.2 How to Keep a Record of the Quorum
1.3 What to Do When No Quorum Is Present
2 Run a Meeting according to Robert’s Rules of Order
2.1 1. Calling the Meeting to Order
2.2 2. Reading and Approving the Minutes
2.3 3. Reports of Officers
2.4 4. Board Report
2.5 5. Committee Reports
2.6 6. Special Orders
2.7 7. Unfinished Business and General Orders
2.8 8. New Business
2.9 9. Adjourning the Meeting
3 Presenting a Motion
4 Debating a Motion
5 Voting
6 FAQ
6.1 How do you begin a meeting?
6.2 How do you accept a motion?
7 Conclusion
8 References and Further Reading

Before the meeting: Ensure Quorum

The quorum is the minimum number of voting members needed in attendance to make a meeting viable. Each organisation should determine their own quorum requirements to suit their situation, based on what they believe to be in their best interest. The general rule is, according to Robert’s Rules, that a quorum should be “as large as can be depended upon for being present at all meetings when the weather is not exceptionally bad.”

The default situation under Robert’s Rules is that a quorum consists of a majority of voting members, but you can include any definition you like in your standing orders. The Rules state that you should always seek a quorum to protect against “totally unrepresentative action in the name of the body by an unduly small number of persons.”

How to Keep a Record of the Quorum

It is the responsibility of the chair to make sure there is a quorum for the meeting. They will remark on this at the beginning and the secretary should note this in the meeting minutes.

What to Do When No Quorum Is Present

If there is no quorum present, there are a number of options to choose from:

Run a Meeting according to Robert’s Rules of Order

Once the chair ensures there is a quorum, the meeting can begin. This is how it runs according to Robert’s Rules:

1. Calling the Meeting to Order

The chair welcomes the assembled members to the meeting and begins by officially calling it to order. They should state the date and time, as well as the type of meeting and the company. At this point, they can also state that there is a quorum, welcome new members or visitors, or wish good luck to retiring members and other such announcements.

If you want to learn more about this, check our guide on the procedure for calling a meeting.

2. Reading and Approving the Minutes

Some businesses require an officer to read the previous meeting’s minutes at the next meeting before the members approve them. However, it is a more efficient use of time to distribute minutes in advance, so members can query any errors and the secretary can correct them before the next meeting.

One way to do this is by using a board portal such as iBabs. It enables you to distribute minutes and allows members to collaborate in the cloud, saving time and money. No need to send the corrected documents back and forth.

This means that, at the meeting, the motion to approve the minutes is a simple vote that should be in favour, as everyone has had time to flag any issues before the meeting.

The president, vice president, secretary and financial officer may give their reports here if they have one. The chair should know in advance who has a report so that the meeting can continue with minimal interruption.

If there is a recommendation in, for example, the treasurer’s report another member should make a motion to adopt it. This should be seconded and then voted on.

A director should give the board report. If there are recommendations, that director can move to adopt them. They do not need a second, as it was formulated by the board of directors and not just an individual. Members can also make motions based on other information in the report and these should be considered, as well.

The chair of each standing committee with a report to present reads it to the assembly. If it is purely for information, no one needs to take action. If there are recommendations, the reporting member makes the motions with no need for a second, unless the committee consists of just one member. The committee reports go in the order designated in the company constitution.

These are agenda items that should be given priority, often because they are time-specific. These agenda priorities are made the order of the day and can be new items or previous items — special orders in a previous meeting that were not discussed. You should start with the unfinished special orders before moving onto the new special orders.

The meeting must deal with all unfinished business before it can move onto the new business. This means that any topics that the last meeting didn’t get round to covering have to be dealt with. It goes in this order of precedence:

Once you have finished the old business, you can move onto new items of business on the meeting agenda. Anything that you do not manage to cover becomes unfinished business in the next meeting.

When the time comes to close the meeting, the chair asks if there is any other business and, if there are no objections from the participants, adjourns the meeting.

The main framework behind Robert’s Rules of Order is that every member has equal rights, privileges and obligations. Any member can make a motion, but must first be recognised by the chair before they can speak. This is an example of how presenting a motion works:

CHAIR: [ADDRESSES THEM BY NAME OR TITLE TO RECOGNISE THEM]

MEMBER: I move that [MOTION].

ANOTHER MEMBER: I second the motion.

CHAIR: It is moved and seconded that [MOTION]. Is there any debate?

If there is a debate to be had, the chair invites the conversation to begin. Each member rises who wishes to speak and must be recognised by the chair before they can take the floor.

Members can speak up to twice on each motion and for a limited time. This is often ten minutes, but it is up to the enterprise to decide on the optimum limit for individual input. You should direct all discussion towards the chair and stick to the topic at hand.

Managing debate is an essential part of chairing a meeting. The chair, as a facilitator of the debate, will, where possible, attempt to alternate between speakers in support and opposition to the motion.

As the debate winds down, the chair calls for the vote, looking for a majority of the entire membership to pass the motion.

There are three main ways of voting on motions. These are:

Whether you need a unanimous decision, a simple majority vote or a two-thirds vote depends on the company’s articles and bylaws. The results of the vote are recorded in the minutes.

How do you begin a meeting?

The chair should bang a gavel and declare the meeting open. This should take place on time and the time and date should be noted in the meeting agenda.

How do you accept a motion?

The chair accepts a motion for debate if it has been proposed in the correct manner and seconded by another member. The exceptions come when the motion follows a committee or board report, where more than one person is responsible for recommending that motion. In that case, the reporting officer moves and the debate can begin.

Robert’s Rules of Order Newly Revised is the go-to resource for meeting management around the world. It gives the clearest and most simple way to conduct meetings that allow everyone to contribute and have their say. Using such a familiar structure for your organisation also helps board members who may serve on the boards of multiple firms understand immediately what is happening. We hope this guide on how to run a meeting using Robert’s Rules of Order will help you plan the most productive meetings possible.

iBabs is a leader in paperless meetings and enables you to reduce these piles of documents to the thickness of your tablet. Hundreds of organizations have been using this system for more than 15 years.