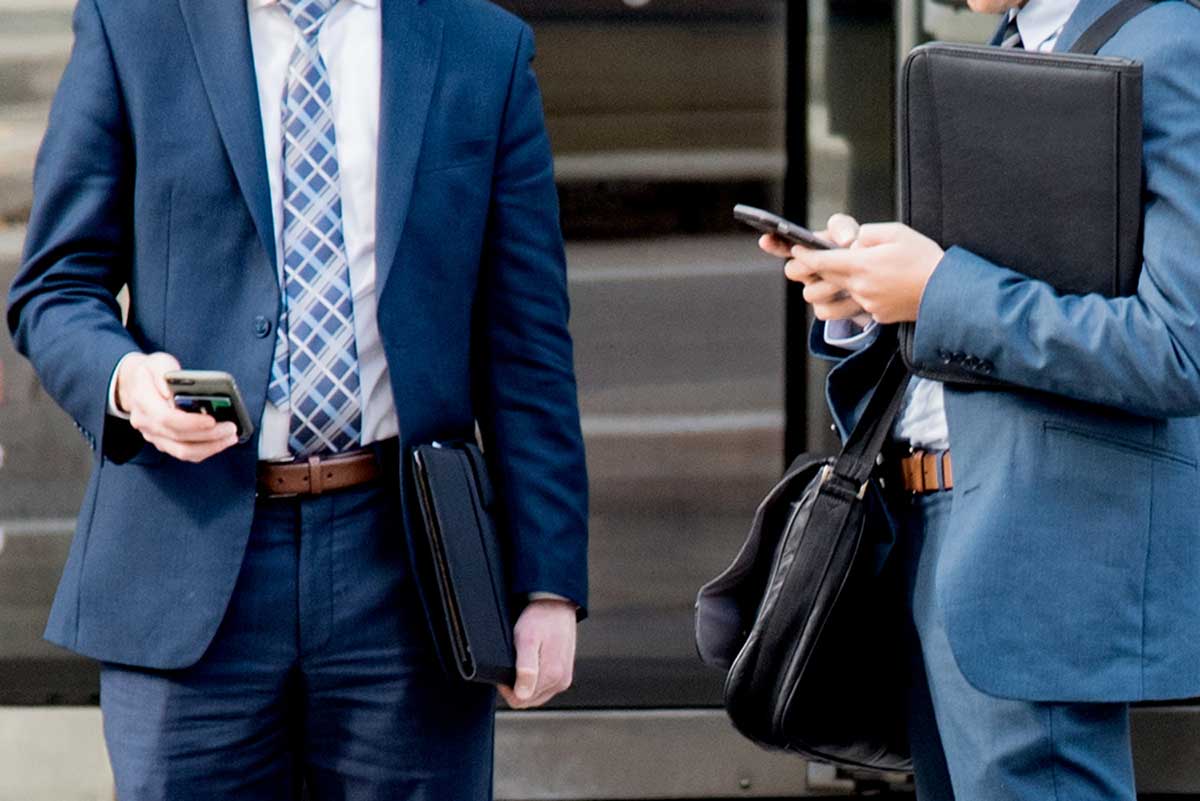 In the 1870s, Henry Martyn Robert — an American soldier and engineer — created Robert's Rules of Order. Initially intended as a way to run church meetings, Robert’s Rules were, at first, inspired by the senate procedure at the time. Now, it’s the most widely-used rulebook for the parliamentary procedure in the United States. But many organisations around the world also use it for their committee meetings and board meetings.

Table of content hide
1 What are Robert’s Rules?
2 What is an agenda according to Robert’s Rules?
3 How to use Robert’s Rules to create an order of business
4 What’s the order of an agenda?
4.1 1. Call to order
4.2 2. Reading and approval of minutes
4.3 3. Reports of officers, boards and standing committees
4.4 4. Reports from special committees
4.5 5. Special orders
4.6 6. Unfinished business and general orders
4.7 7. New business
4.8 8. Announcements
4.9 9. Adjournment
5 Robert’s Rules of Order Agenda Template
6 FAQs
6.1 Who decides the agenda for a meeting under Robert’s Rules?
6.2 What are consent agendas?
6.3 What are priority agendas?
6.4 Do you have to adopt an agenda?
7 Conclusion
8 References and further reading

What are Robert’s Rules?

Robert’s Rules of Order are a set of rules to effectively run a meeting with the following democratic principles in mind:

Things have changed a lot since the original publication, and there have been multiple revisions since. All revisions respect the fundamental principles of Robert’s Rules and have only been added based on feedback from those who use it. Today, Robert’s Rules of Order Newly Revised or RONR is the latest version, published September 2020 with revisions since then to reflect remote and virtual meetings.

What is an agenda according to Robert’s Rules?

According to Robert’s Rules, each meeting should follow an agenda. During the meeting itself, the agenda should be followed in order from top to bottom, and each point needs to be addressed or voted on before moving on to the next items of business.

The agenda should always be prepared in advance by the president or chairman (also known as the presiding officer) or the secretary. At the beginning of the meeting, the agenda needs to be voted in by a majority vote of more than half of the members present. The exception to this is if the group uses the Standard Order of Business as defined by RONR (and sometimes adopted as a standing rule using the organization’s bylaws), in which case it doesn’t need to be voted in.

To create your agenda, you should first start by building an order of business. This should be a permanent outline of the flow of your meetings, and the agenda for each meeting can be created once this is in place.

One of the keys to running a meeting with Robert’s Rules is taking care of any old business before moving on to new business. The order of business provides priorities for the agenda in the following order:

What’s the order of an agenda?

Using the above format to guide, Robert’s Rules provide a general agenda breakdown as follows. We’ve also provided notes on wording that should be used by presiding officers to formalize it.

To start the meeting, the presiding officer will open the session by saying

“The meeting will come to order.”

Such predefined phrases make chairing a board meeting easier because the chair doesn’t have to think about what to say.

Some organizations choose to do an opening ceremony at this point using the Pledge of Allegiance, a fraternal ritual or a greeting. Of course, opening ceremonies can be skipped.

At this point, the secretary will take a roll call and note who is in attendance and who isn’t. A quorum should be identified and present at this point.

If a quorum is not present, the attendees can vote to adjourn the meeting, to take a break or to fix a new time to meet. Any votes taken other than this are null and void without a quorum in attendance, according to Robert’s Rules.

2. Reading and approval of minutes

Once the meeting has come to order, the chairman will begin the meeting. After the roll call, the presiding officer will say:

If there are none, or once they’ve been amended, the chairperson will say:

“If there are no (further) corrections, the minutes stand approved as distributed (corrected).”

To make this section run as smoothly as possible, the minutes should be distributed for everyone to review well before the meeting starts. If there’s anything that’s been missed or needs updating, this gets raised at this point. When following Robert’s Rules for the minutes, the meeting can continue only when the minutes from the previous meeting are approved. Next, the presiding officer can move on with the orders of the day:

“The next order of business is office reports.”

At this point, any officers or leadership members will share any relevant reports such as the treasurer’s report. The presiding officer will invite them to the floor one by one in an order of their preference. The officers will also need to share their tasks, actions since the last meeting and outstanding tasks.

If there are any motions raised due to the officers’ reports, relevant motions, debates and votes can happen at this point. However, any motions from committee reports don’t need to be seconded, because they come as a recommendation from the majority of a group, rather than one individual.

“The next order of business is reports from our committees”

If there has been a special committee report or investigation — don’t forget, the members of the committees are internal to the group rather than external — these reports can come up at this point in the meeting.

“The chair recognises __ for the membership committee report”

This isn’t very common. It is typically used when there are upcoming nominations or elections within the group.

At this point of the meeting, the presiding officer will ask the following:

“Is there another important matter or unfinished business to come before the meeting?”

This is generally the bulk of the meeting, where all members are able to raise motions, add topics or ideas. Ideally, this would be present in most agendas. However, sometimes time doesn’t permit new business discussions.

“Are there any announcements to be made before the meeting?”

This is the penultimate step where members can share any updates or announcements that the organization should be made aware of. Once there are no more announcements, the final step is to plan the time, date and meeting point for the next regular meeting, while a quorum is present.

“Our next meeting is due in two months time on the first of the month. Shall we meet at 10 am on that date? Hearing no objection, our next meeting will take place on the 1st of July at 10 am here in meeting room C.”

When using Robert’s Rules, the board meeting is closed by the chairperson:

“There being no further business to come before the board, this meeting is adjourned.”

From Robertsrules.org, here is the official RONR sample agenda (and minute taking) template:

Group name and purpose of meeting

READING AND APPROVAL OF MINUTES

UNFINISHED BUSINESS (IF ANY)

Who decides the agenda for a meeting under Robert’s Rules?

Under Robert’s Rules, the agenda is initially written up by the secretary and approved by the presiding officer or chairperson. However, the adoption of the agenda for each meeting should be voted on by the majority of the assembly at the beginning of the meeting, and only at this point is it binding. Once adopted, it can still be changed later on if there is a two-thirds majority vote, unanimous consent or assumed general consent.

What are consent agendas?

Also known under RONR as a consent calendar, consent agendas are items added to the agenda that don’t need any discussion or debate. This makes the meetings easier to run and saves the need for motions and debates. The consent agenda is made up of ‘non-controversial’ decisions such as:

What are priority agendas?

Priority agendas under RONR are made up of a list of tasks that must be accomplished, discussed and/or voted on — in order of precedence and priority. These should be placed near the top of the agenda to ensure that they’re done in that meeting wherever possible. This is also an effective way of running informal meetings without the need for a strict agenda.

Do you have to adopt an agenda?

Yes, it should be voted on by the meeting’s participants at the beginning of the meeting. If it’s not adopted, then the organization can resort to RONR’s standard order of business as a guide. If it is adopted, that doesn’t mean it can’t be changed later on — although this requires a two-thirds vote, rather than a majority vote.

In summary, creating an agenda using Robert’s Rules doesn’t have to be a headache. By following the Standard Order of Business outline and/or by using the above template, you can ensure that everything is dealt with in order of priority. This makes it far less likely that anything important will be missed!

If you’re looking for an easy way to create agendas (without editing and formatting documents for hours), try iBabs.