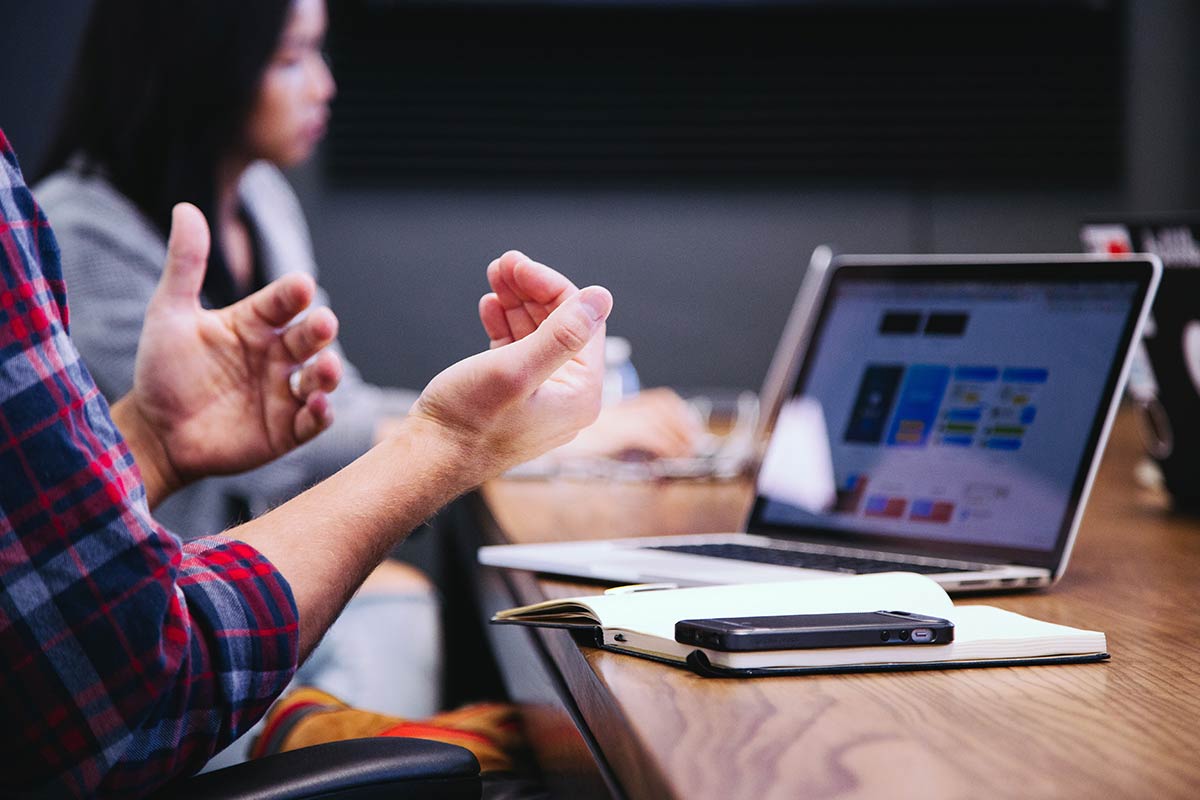 Robert’s Rules of Order (also known as RONR or Robert’s Rules) were initially created in the 1870s as a set of parliamentary guidelines. The author, Henry Martyn Robert, was an American soldier who wrote the book as a result of a poorly-ran church meeting. His rules were originally based on the proceedings of the US Senate. Today, Robert’s Rules are widely used for US parliamentary procedure as well as by various types of organisations to help meetings run smoothly.

After its original publication in 1876, Robert himself published the second, third and fourth revisions before his death in 1923. With twelve revisions based on feedback and cultural changes, the latest edition was published in September 2020: Robert’s Rules of Order Newly Revised.

One of the fundamentals of Robert’s Rules is to keep meeting minutes. The minutes are the only record of everything discussed at the meeting. In addition, minutes keep tabs on the result of any votes and actions planned. In this article, we’ll explore how to keep proper minutes according to RONR and will provide a Robert’s Rules Of Order minutes template to help.

Table of content verberg
1 What does Robert’s Rules of Order say about minutes?
2 How to structure your minutes
2.1 The opening paragraph
2.2 Your minutes should include the first paragraph with the following details (use the following checklist to verify):
2.3 The body of the minutes
2.4 Adjournment and signature of the secretary
2.5 Approval of and corrections to the minutes
2.6 Finalised form of the minutes
3 Meeting minutes templates
3.1 Minutes of a formal meeting
3.2 Minutes for [Organisation]
3.3 Call to order
3.4 Attendees
3.5 Approval of minutes
3.6 Officer’s reports
3.7 Other reports
3.8 Main motions
3.9 Announcements
3.10 Adjournment
3.11 [Name of mover] moved that the meeting be adjourned, and this was agreed upon at [time of adjournment].
3.12 Secretary signature
3.13 Date of approval
3.14 Minutes of a basic meeting
3.15 Minutes for [Organisation]
3.16 Attendees
3.17 Agenda items
3.18 Action items
3.19 Other notes
4 Tips for keeping better minutes using Robert’s Rules
5 FAQ
5.1 What information do you need in board minutes?It’s important to include the following in your board meeting minutes:
5.2 What can the secretary leave out of minutes?
5.3 How do you write a motion for minutes of a meeting?
5.4 Is there a difference between a formal meeting and an informal one as far as minutes are concerned?
5.5 If minutes of a previous meeting are corrected, are the corrections entered in the minutes of the meeting at which the corrections were made?
6 Conclusion
7 References and further reading

What does Robert’s Rules of Order say about minutes?

Minutes are an important record of the assembly or meeting. They also allow absentees to see what was discussed from an impartial point of view, rather than from someone in attendance. Remember that minutes aren’t a play-by-play of everything that happened and everything that all members said (like a court reporter). Minutes are simply a summary of what happened.

We’ve mentioned in another article the crucial role the secretary has to play in a meeting, and the main role includes taking the minutes at meetings. This can be done on paper, on a laptop using an application such as Microsoft Word or on any device you like using board portal software. So, in your role as the secretary, how should you take minutes?

How to structure your minutes

To ensure that everything necessary is included, try the following structure when writing your minutes. To make it easy, keep the order of the minutes the same as the agenda of the meeting.

The body of the minutes

The next section is the body of the minutes – which cover everything that happens in the meeting. This includes:

Adjournment and signature of the secretary

Once the meeting has been adjourned, secretaries can then finalise the minutes. In this section, it’s important to include/note:

Submit the draft minutes as “for approval” until they have been signed off by all members.

Since it is a legal record of what was said, secretaries must sign the minutes as evidence that the minutes are authentic.

Approval of and corrections to the minutes

All corrections should be added before the next regular meeting. Only then can the secretary finally approve the minutes. If you’re using a paper-based process for this, this step can be very time-consuming because it will require a lot of printing, signing and chasing of directors. This problem can be solved with a cloud-based board meeting portal that allows participants to edit the meetings online, on any device they like, with the highest level of security.

Finalised form of the minutes

Once agreed, the copy including amendments or corrections will be signed and dated by the secretary. If you’re using a digital solution, this can be done without printing the documents by simply placing a valid electronic signature.

To get started, try one of the following templates for your next meeting.

Minutes of a formal meeting

A [meeting type] meeting of [organisation] was held at [date] at [venue]. It began at [time] and was presided over by [presiding officer or chairman’s name] with [secretary’s name] as secretary.

A motion to approve the minutes of the [previous date] meeting was made by [name].

[Report name] was presented by [name of other presenter]. The following resolution was adopted: [resolution]

[Name of mover] moved that the meeting be adjourned, and this was agreed upon at [time of adjournment].

Minutes of a basic meeting

To keep your meeting minutes clear and concise, use the following tips:

If you’re looking for more best practices, check out our selection of minute taking tips.

What information do you need in board minutes?
It’s important to include the following in your board meeting minutes:

What can the secretary leave out of minutes?

Secretaries should generally leave names out of minutes, with the exception of the presiding officer, secretary, committees and guest speakers. For example, in a debate, you wouldn’t note any quotes or who was on which side of the conversation. You can also leave out information about who seconded any motions in the minutes. Finally, you can omit any action items or to-do lists, except in the case of informal or basic meetings.

How do you write a motion for minutes of a meeting?

To write a motion for minutes of a meeting, use the following format:

You don’t need to include who seconded the motion, but you may wish to include any amendments made to the original motion put forward for clarity.

Is there a difference between a formal meeting and an informal one as far as minutes are concerned?

Yes. The minutes for formal meetings are often legal records, so minutes must be kept in a certain way to make sure everything necessary is included. For informal meetings or board meetings with less than 12 members, you can keep notes on attendees, the meeting agenda, discussion points and action points.

No. It’s important that, if the minutes of a previous meeting have been amended, this appears on the original minutes. Remember that minutes are a permanent legal record of a meeting.

While keeping the minutes is a big responsibility, there are a few ways to make it easier for yourself. By preparing ahead of time, keeping accurate notes during the meeting and finishing up quickly once the meeting has adjourned, you can make them as accurate as possible. If you’re still stuck, use our Robert’s Rules of Order Minutes Template to give you a helping hand!